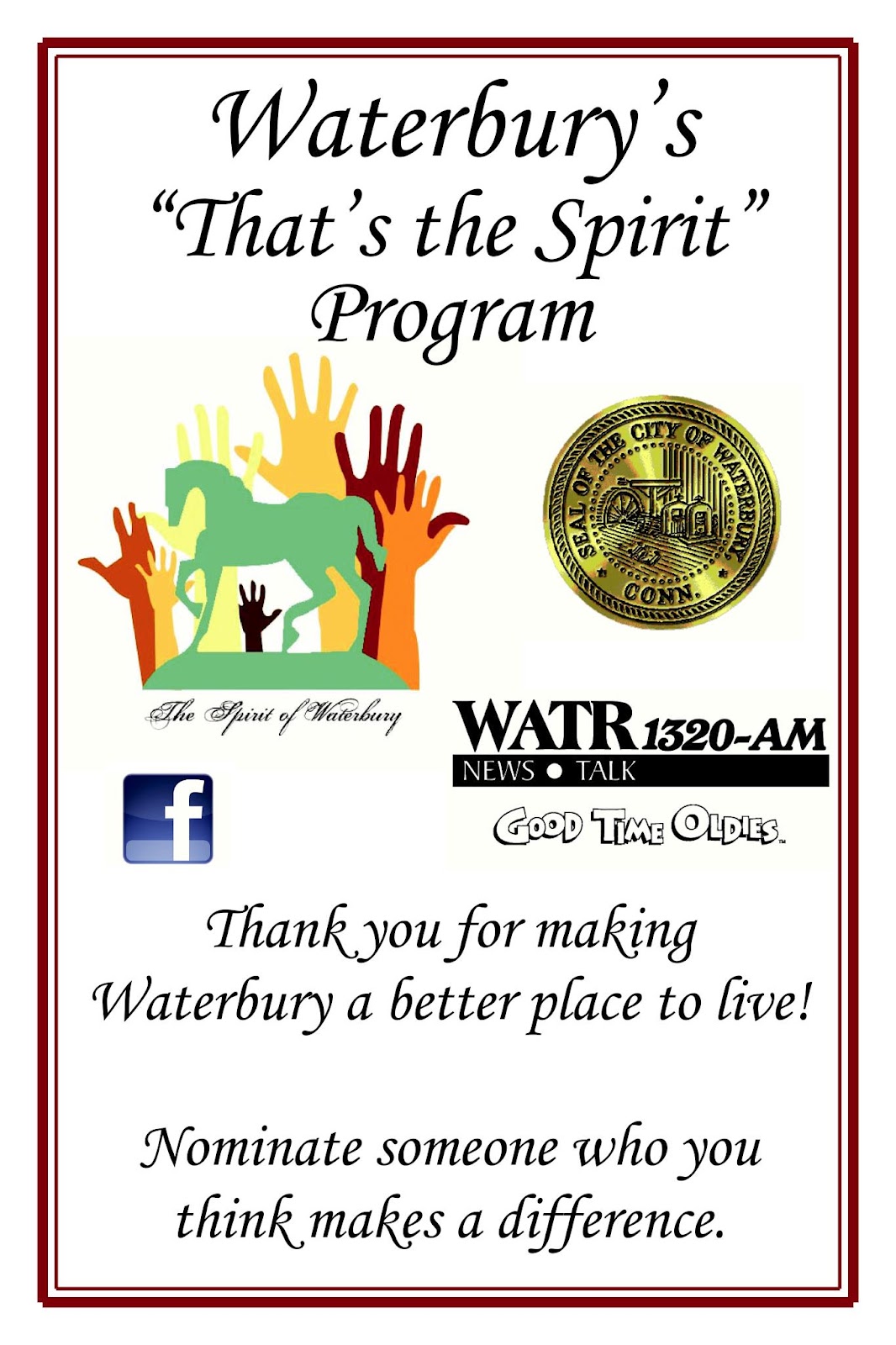 To nominate someone, send an email with their name, address, and why you are nominating them to spiritofwaterbury@yahoo.com

All nominees will be entered in a drawing to be held at the Spirit Festival and Mardi Gross event on October 27th, 11:00 am to 5:00pm on East Main street, in front of UConn-Waterbury.

Posted by Raechel Guest at 10:08 AM No comments:

Email ThisBlogThis!Share to TwitterShare to FacebookShare to Pinterest
Labels: Events

Yesterday, I was stopped at a red light, waiting to leave the Stop & Shop plaza on Chase Avenue. While I waited, I looked across the street at the cliff-like hillside behind the Aamco and spotted a deer, with antlers, eating his dinner just above the drop-off.

It was an amazing thing to see in Waterbury, surrounded by traffic and pavement and buildings. When the light turned green, I drove into the Aamco parking lot and tried to get some good photos. All I had was my iPhone, and I couldn't get very close, so they aren't the best shots, but you can make out the deer in them, if you look closely (I've circled him to help you see him). 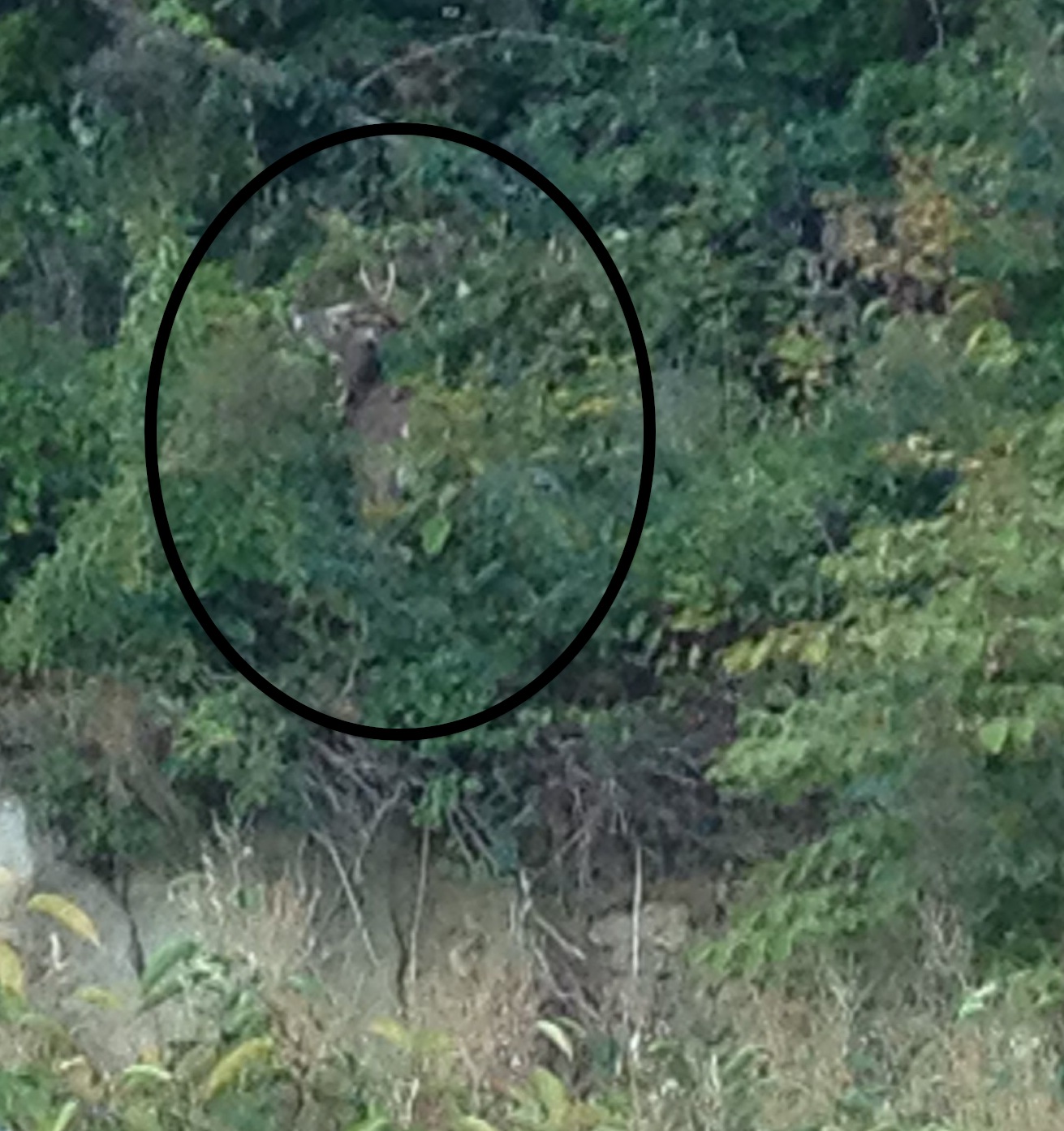 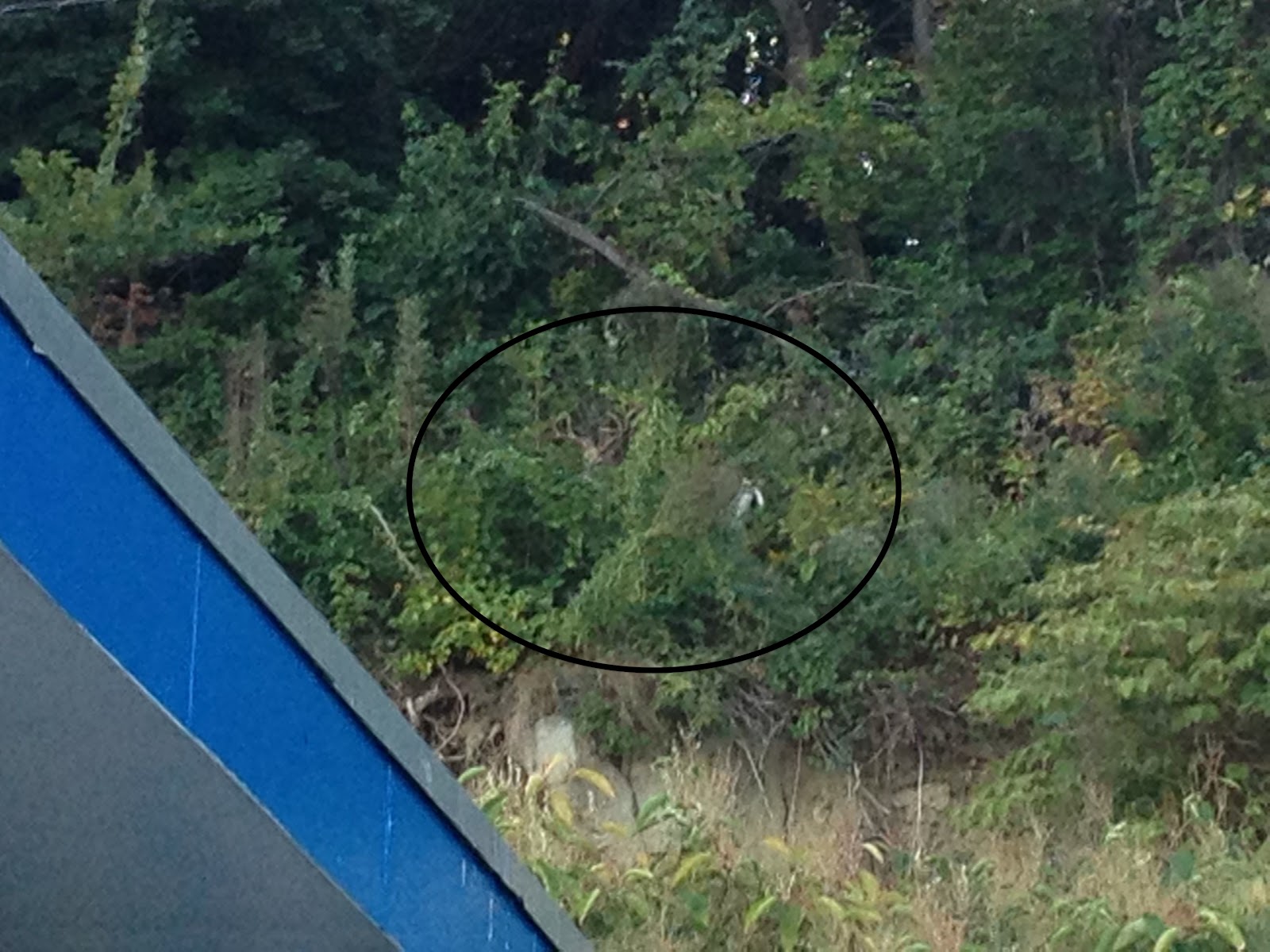 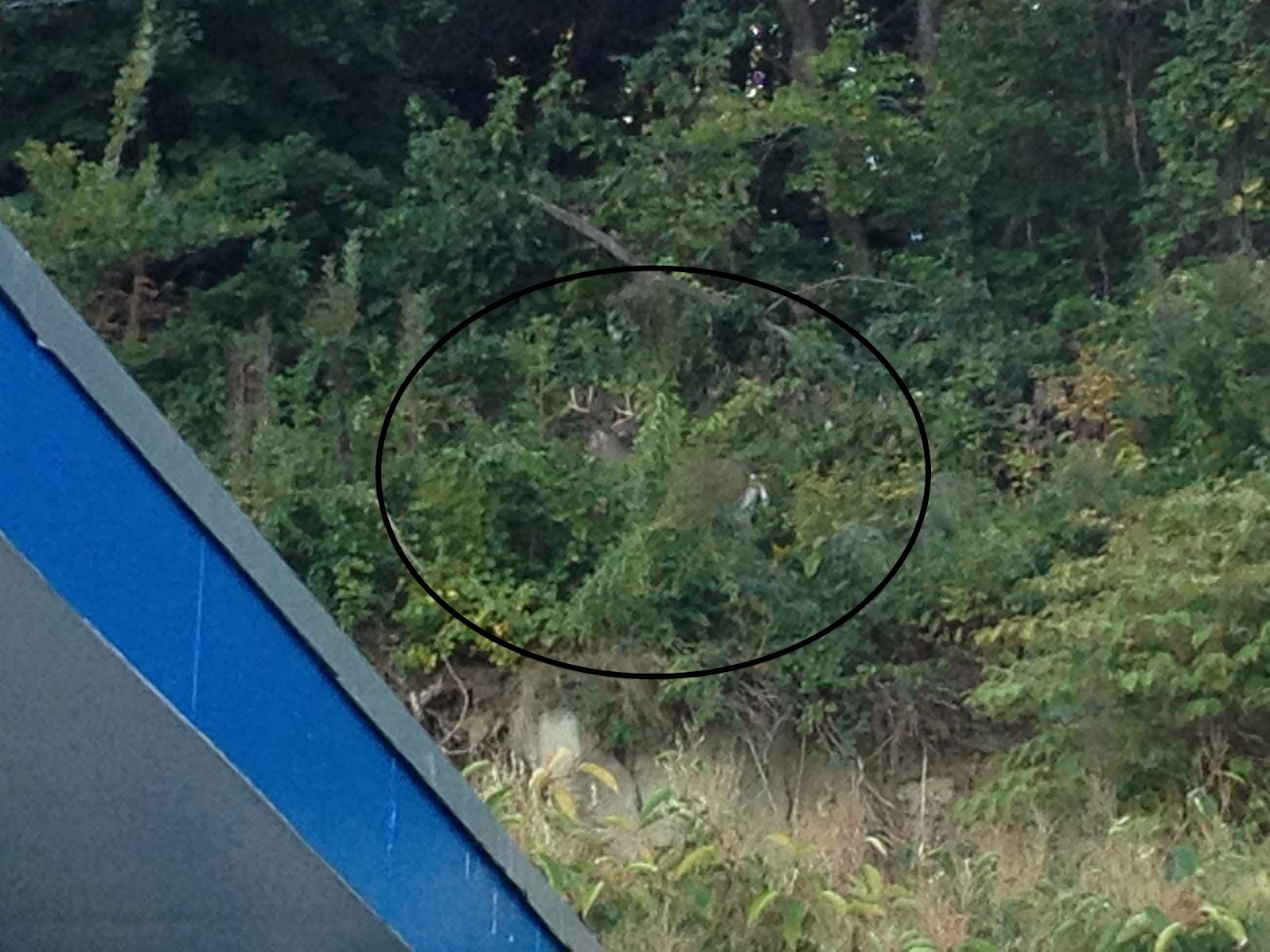 The past week has been tremendously stressful for me, and the stress is probably going to continue for a while. Being able to sit and watch this deer munching away on plants was profound, like a ray of sunshine, a reminder of the peace and harmony that exists in nature, that not everything is chaos and noise.

Also, it was just kind of cool to realize there are deer in the city!
Posted by Raechel Guest at 12:10 PM 2 comments:

Email ThisBlogThis!Share to TwitterShare to FacebookShare to Pinterest
Labels: Critters

Here are some shots from yesterday's Brew Fest at Library Park. The Brew Fest is a major annual fundraiser for Main Street Waterbury. It brings more than 2,000 people to downtown for the day; when they leave the Brew Fest at dinner time, they're all given maps to the restaurants downtown, and many of them, who come from out of town, make downtown hotel reservations so they can fully enjoy the Brew Fest.

First up, the classic car show outside the park on Grand Street: 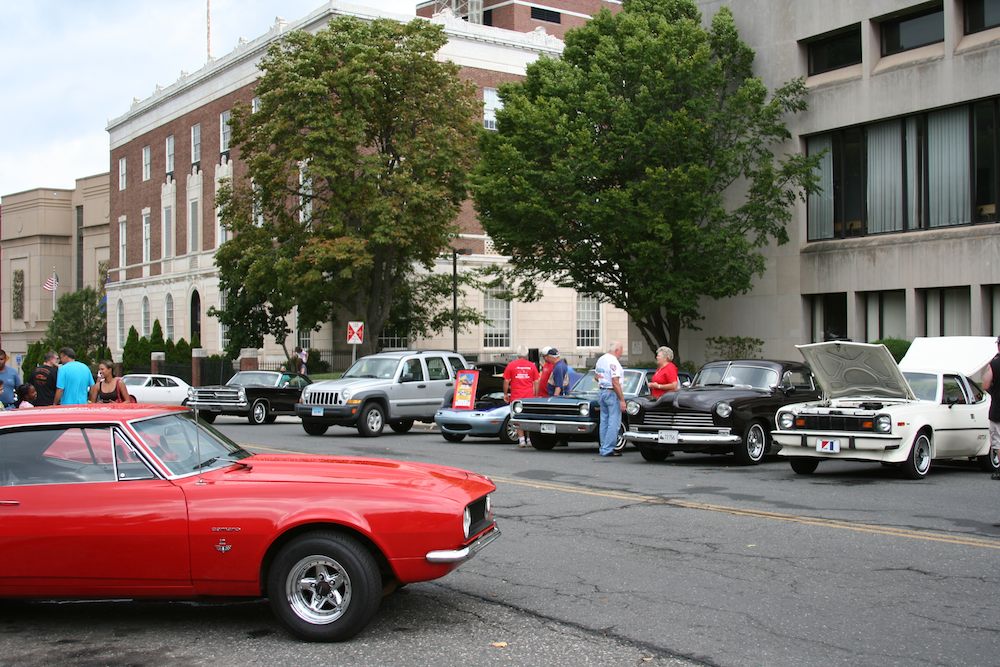 There weren't as many as usual. After the first heavy rain, they were gone. 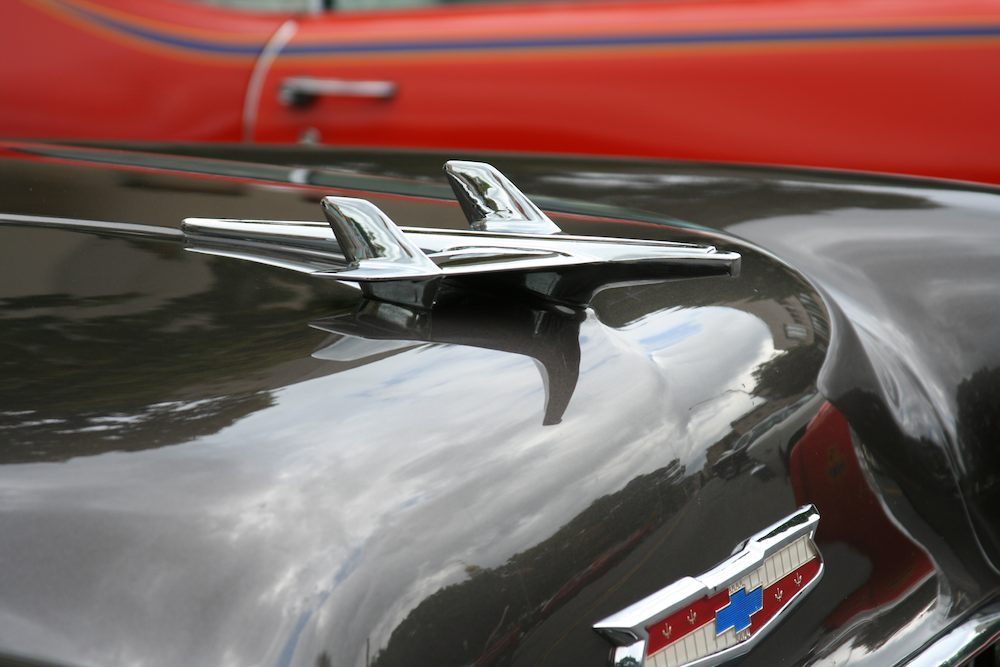 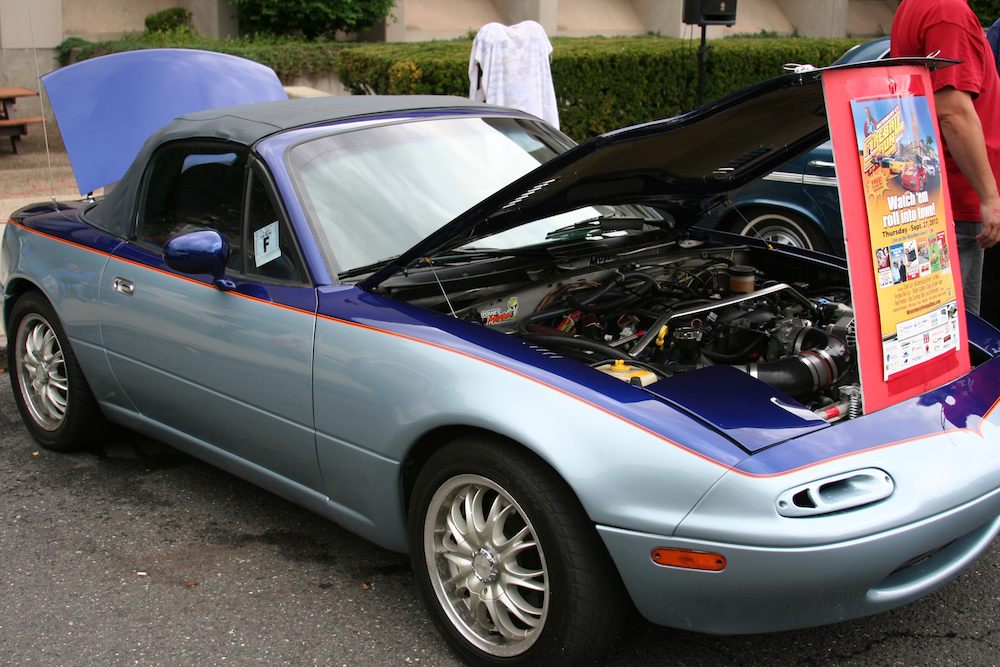 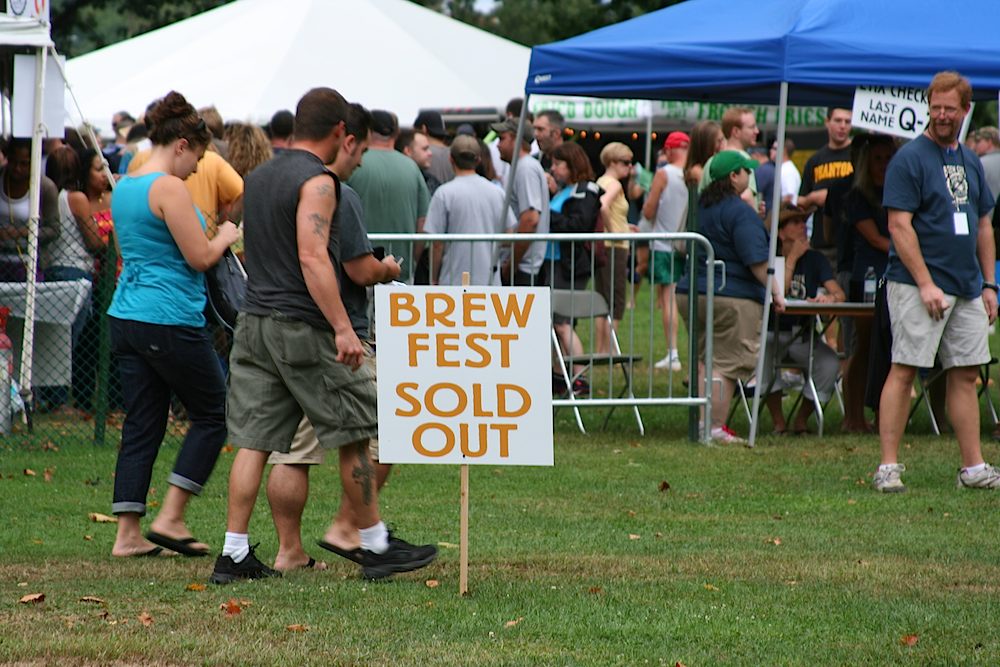 The Brew Fest sold out in advance. The signs were a great idea--every year, after the last ticket is sold, people keep coming, begging to be let in.

There were close to 300 brewers present. Fisch from Radio 104.1 had a tent set up as well. 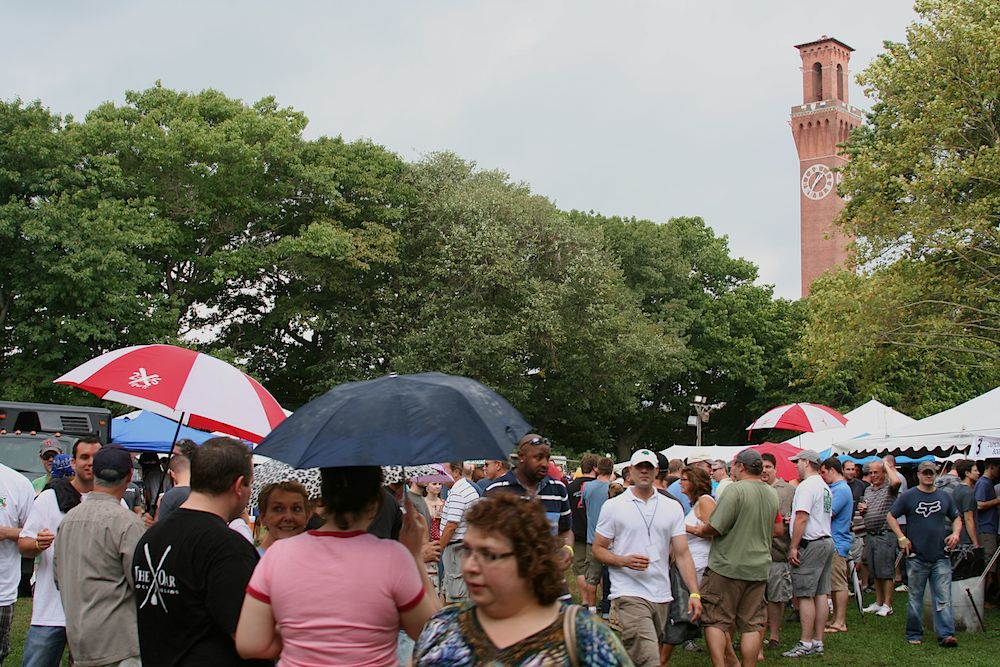 The rain kept coming in short bursts. One minute here, three minutes there. A few times there was a torrential downpour, but most of the rainfall was pretty gentle. 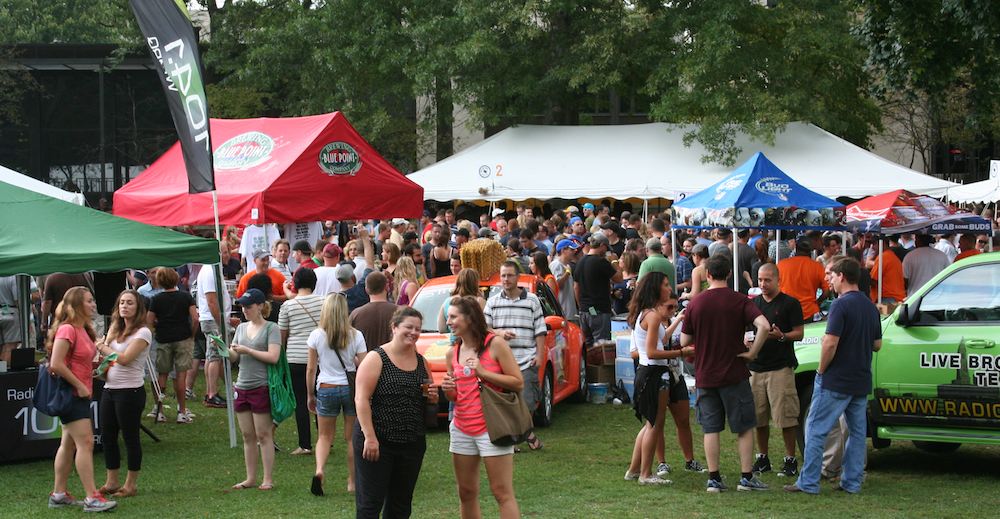 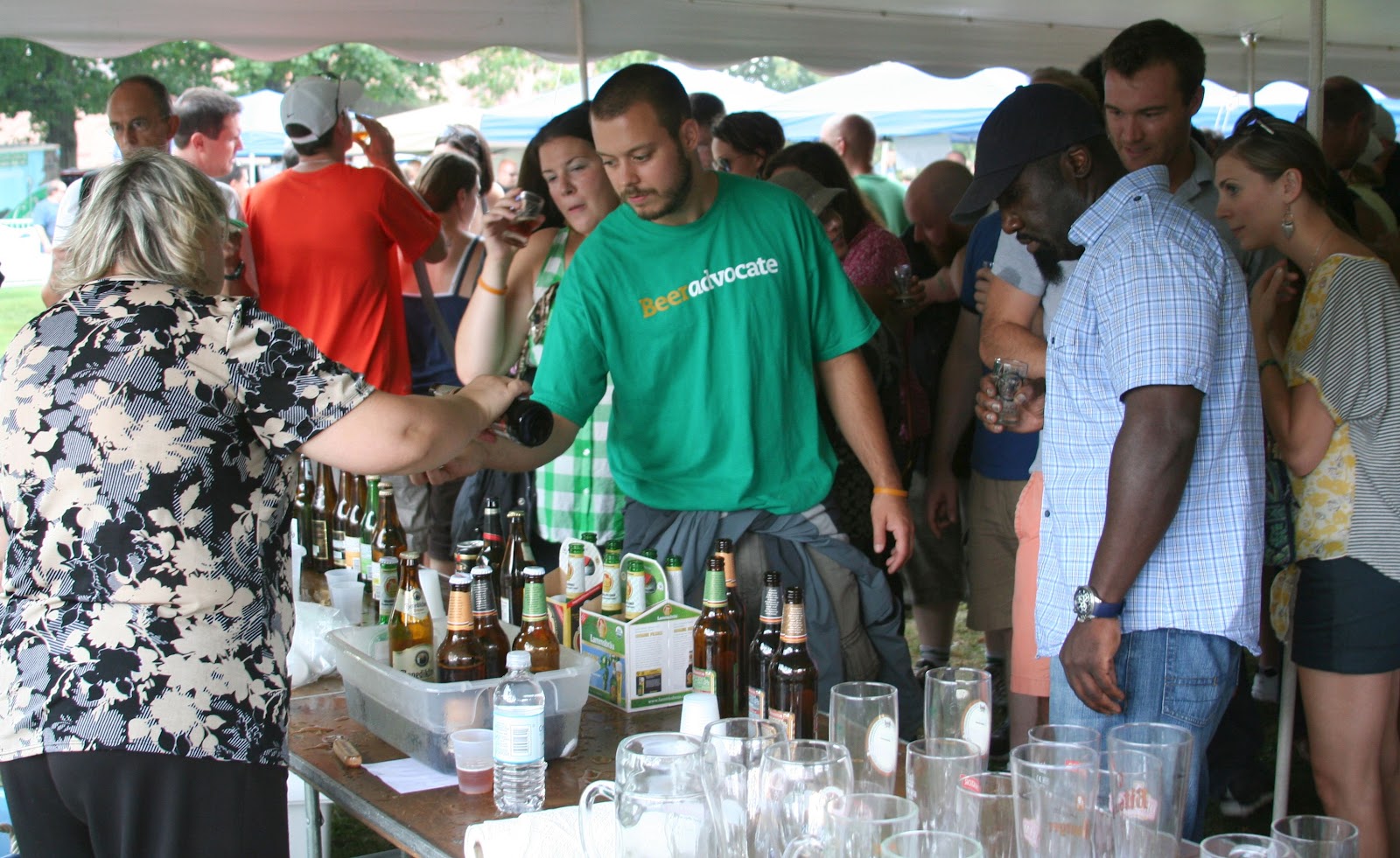 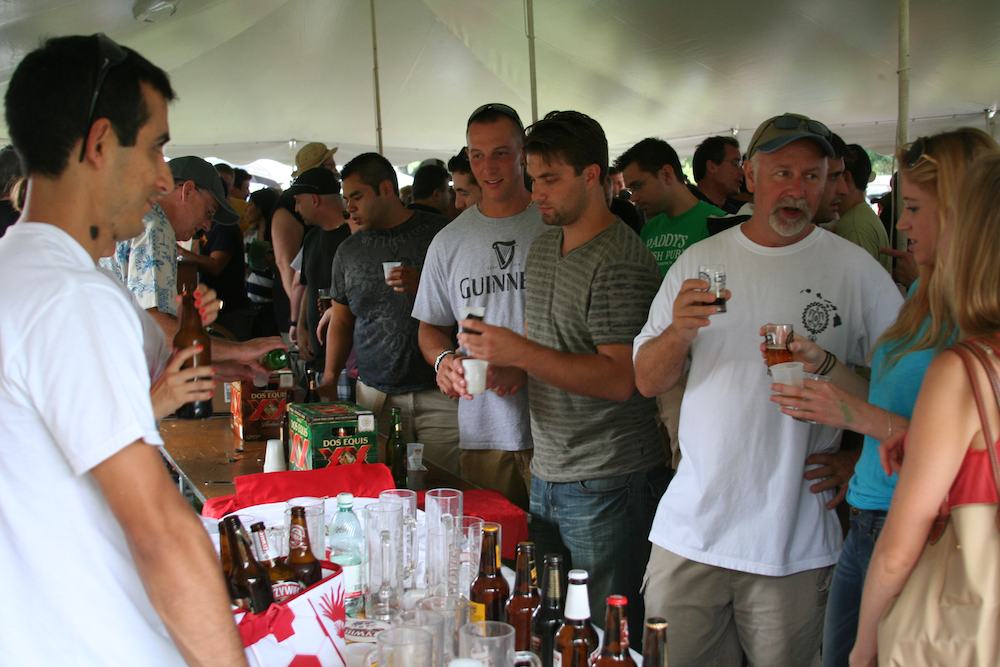 Posted by Raechel Guest at 10:46 AM No comments:

Back to School Block Party

Here are a few photos from this afternoon's Back to School Block Party at the WOW Community Learning Center. Every so often it would rain, but that didn't dampen the mood!


GEAR UP is a new federally-funded grant initiative announced by Governor Malloy earlier this year. The program is designed to help low-income students prepare for college.


The performance was introduced by two of Waterbury's 3rd grade teachers, which was great. You know a teacher really cares about his students when he volunteers to spend his Saturday with them.
Posted by Raechel Guest at 7:10 PM No comments:

I think I just fell in love with Amtrak. As reported in the Hartford Courant, Amtrak's latest proposal for the Northeast Corridor includes Super Express service between Washington, D.C. and Boston with stops in Philadelphia, NYC, and.... Waterbury!

This is a long-range plan for completion in 2040, so plenty of things can change. Other cities might petition for the train to bypass Waterbury and stop elsewhere. Our big advantage is being on Route 8 and I-84, making it simpler for travelers to reach Waterbury than other places (we're a logical hub). It's going to be up to our legislators, city officials, and other influential people to make sure Waterbury becomes a stop on the Amtrak Super Express.

This is a major game changer for Waterbury. Of course, we'd have to finally get a real transportation center (DOT and COGCNV, are you listening?), but we've been trying to make that happen for years.

I have no idea where they propose putting the tracks. That could get a little messy. Between Danbury and Waterbury, I assume they'd run the trains more or less alongside I-84. I have no idea where in Waterbury they would put the station, presumably near the existing station for the sake of connecting to the Bridgeport line, but I have no idea how they would run in and out of downtown.  Can it go under I-84?

It's going to take some careful planning and a lot of involvement from stakeholders to pull this off, but the end result could be very awesome. If this project stays on target with their timetable, it will be completed in 28 years. That's not very far away!

A few photos from the Albanian Festival on Columbia Boulevard. If you missed it today, you can still catch it Sunday. The desserts alone make it worth the visit. I recommend going with friends, so you can all sample the different dishes. 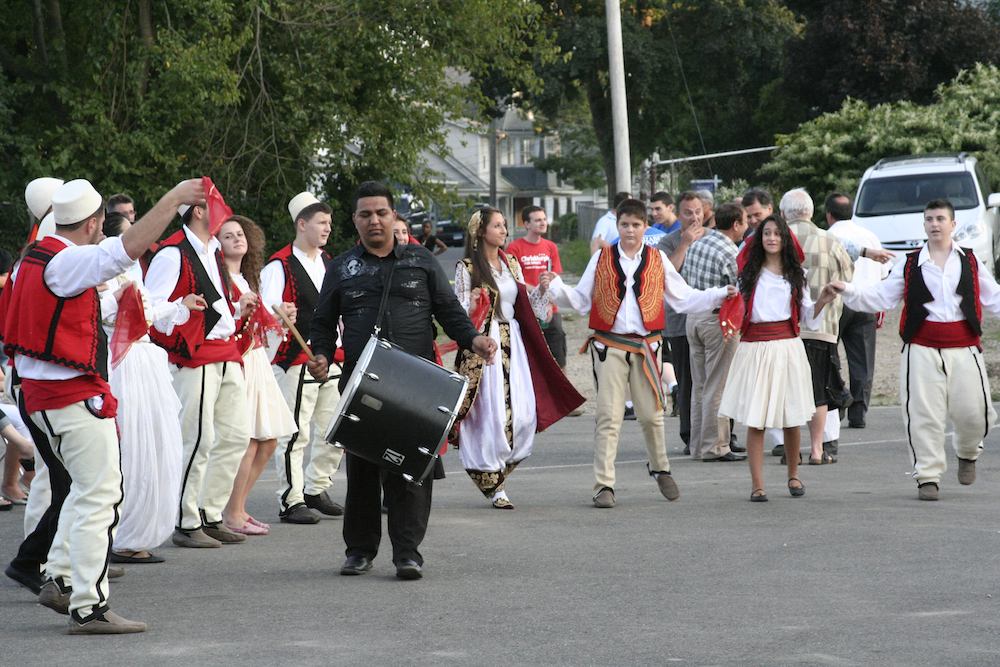 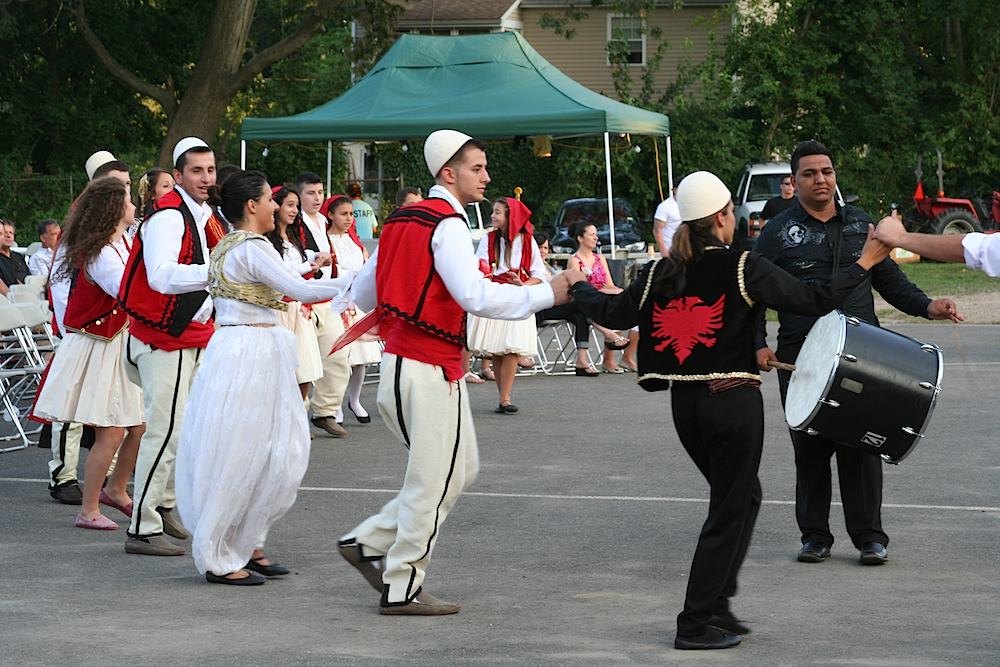 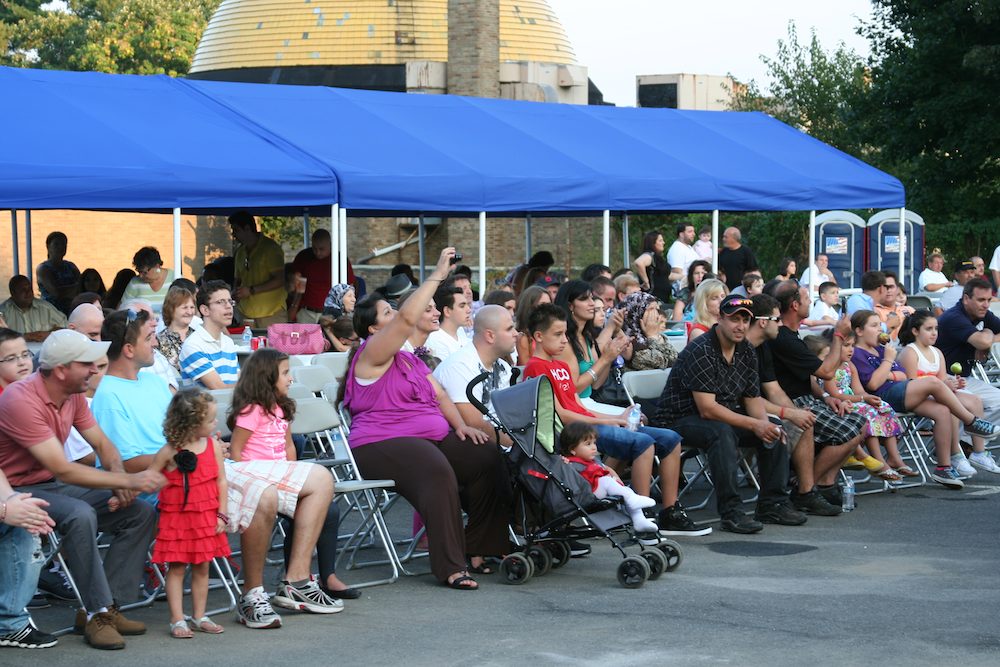 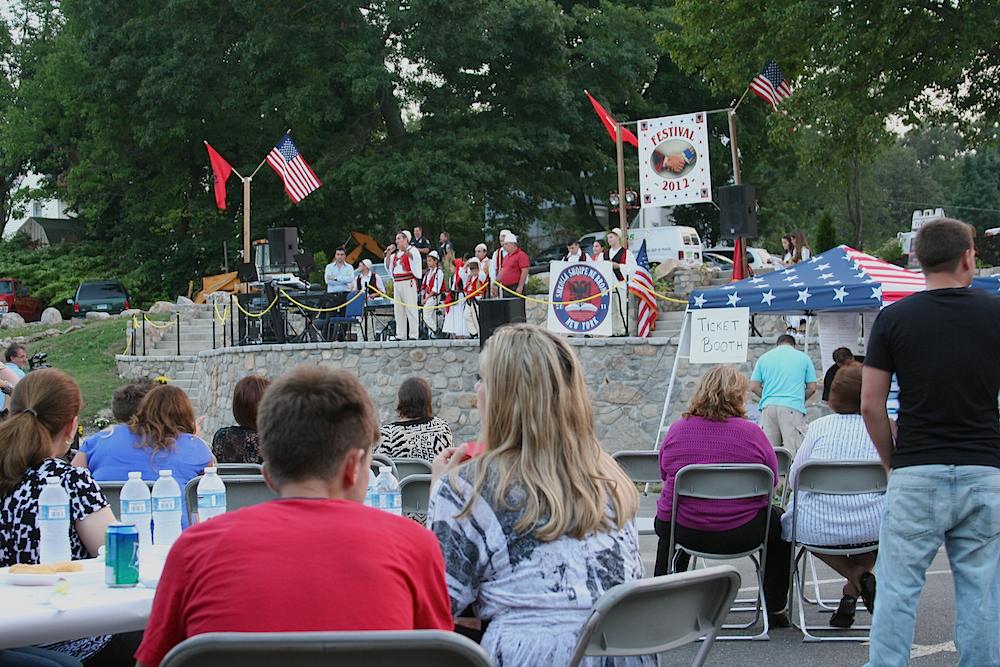 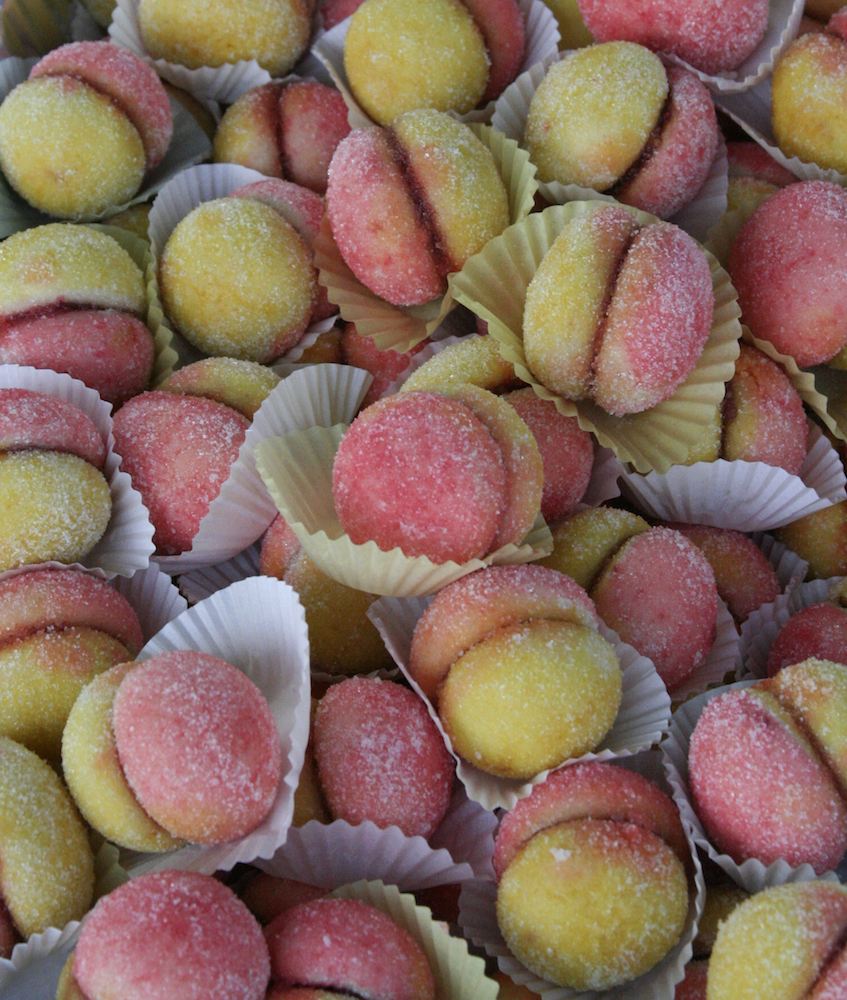 Posted by Raechel Guest at 9:19 PM No comments:

Email ThisBlogThis!Share to TwitterShare to FacebookShare to Pinterest
Labels: Events, Out and About
Newer Posts Older Posts Home
Subscribe to: Posts (Atom)