Waterbury's new mosaic was unveiled tonight. It is VERY cool, and a huge improvement for the wall its on and a fantastic visual for everyone coming into downtown on South Main Street. So much more inviting than a blank wall.


Ta-da! "Cool Waters," inspired by the Naugatuck River, which runs through Waterbury and has been a major part of the city's history, from powering factories to destroying buildings and lives when it flooded. During the speeches, we were informed that the proposed greenway along the Naugatuck River is on the Secretary of the Interior's top 100 list of projects to see happen. The future of the river looks bright. 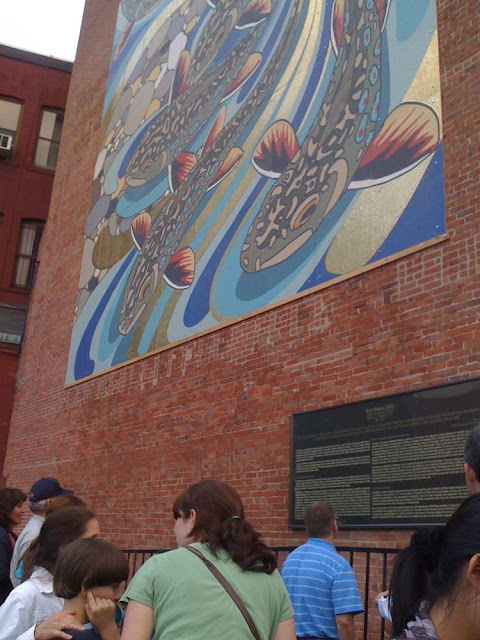 The panels looked bigger when they were on the Palace stage. They were mounted onto the side of 90 South Main Street by Industrial Riggers. Approximately 1200 people volunteered on the project. Very impressive! As Mayor O'Leary noted, between this and the building of the KaBOOM! playground at Chase Park last weekend, this is a very exciting time to be in Waterbury. People are coming together and making things happen. 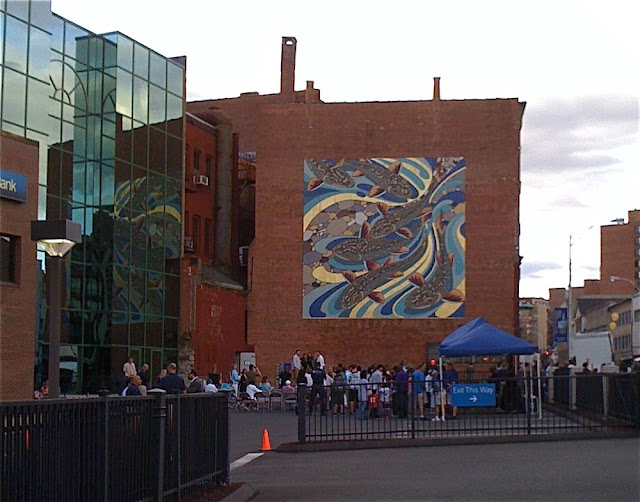 Artists from the Freight Street Gallery decorated the building's empty storefront on South Main Street with a few Waterbury-inspired murals. Instead of blight, we now have art. 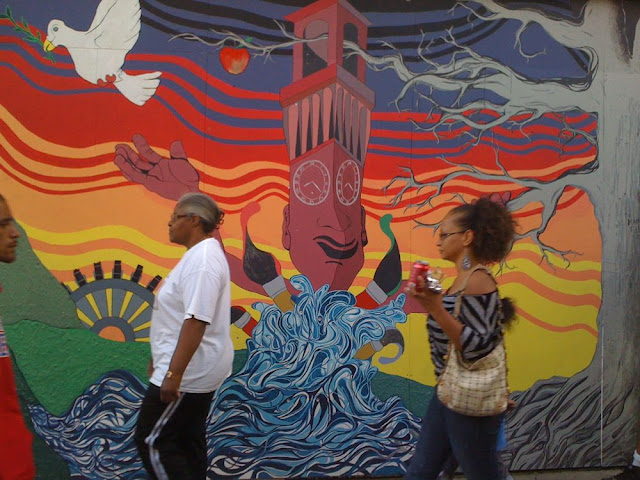 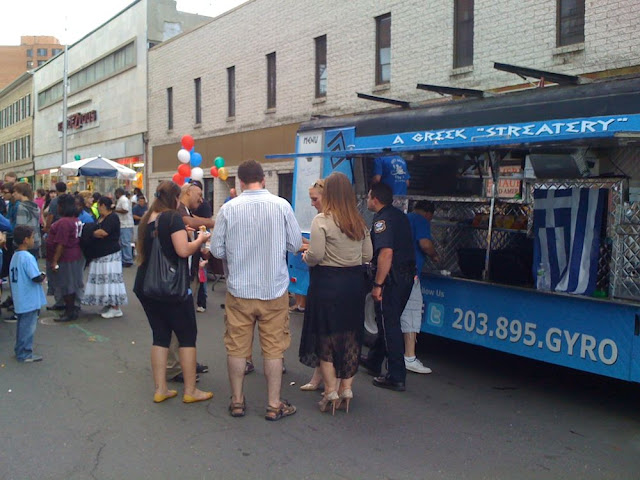 Posted by Raechel Guest at 9:14 PM